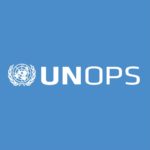 Last week, the United Nations Office for Project Services (UNOPS) closed a tender to buy 350.000 carbon credits from the Clean Development Mechanism (CDM). According to the Invitation to Bid (ITB), offset credits must meet high quality requirements to be eligible. Quality criteria exclude coal, HFC-23 and large hydro projects that do not comply with additional quality assessments and favour projects that demonstrate improvements to the health, safety and welfare of people and especially women living near the projects.

On 8 September, UNOPS launched a tender to buy 350,000 offset credits generated by the CDM, inviting holders of carbon credits from multiple regions, including Africa, Southern Asia, South Eastern-Asia as well as Latin America and the Caribbean, to submit bids. The tender also specifies carbon credits generated in Least Developed Countries (LDCs), those using Gold Standard as well as credits generated from projects with additional documented co- benefits in terms of improvements to health, safety and welfare of local people as well as women as eligible. The intent for this purchase is not indicated, but it is likely that the carbon credits will be used to voluntary offset the footprint of the UN and its agencies. Prices for the credits are set by the bidder.

Remarkably, the tender is the first by an UN body that sets out quality requirements for the carbon credits to be purchased. The call stipulates that credits generated from coal power projects, HCF-23 or other industrial gas destruction projects as well as large hydro projects without additional World Commission on Dams assessment will be excluded from the tender.  Moreover, credits traded cannot be generated earlier that 2012, dismissing offsets from the first Kyoto Protocol commitment period.