WATCH THIS! NGO Newsletter #12: Ever more uncertainty over Barro Blanco

On the first of September tensions in Panama heightened when heavy machinery moved very close to the Ngöbe-Bugle Comarca to complete the highly contested Barro Blanco hydro dam, which is registered under the UN’s Clean Development Mechanism. This was preceded by the forceful eviction of indigenous people camping next to the construction area by the national police. In response to a letter sent by Panamanian civil society groups, the CDM Board has now reminded Panama about its right to withdraw approval for the project, “if it deems appropriate”.

In February 2015, Panama decided to temporarily suspend the 95% complete construction of the Barro Blanco hydroelectric dam – a project registered under the UN’s CDM carbon offsetting mechanism. The suspension was justified because of non-compliance with national environmental impact assessment requirements, including shortcomings in the agreement with the locally affected indigenous communities, the Ngöbe Bugle. As a complement, a dialogue roundtable was launched between the Panamanian State and local communities, to discuss the compatibility of the dam with national laws and human rights.

All eyes were on the reaction of the European banks involved in financing the project, as their opinion on 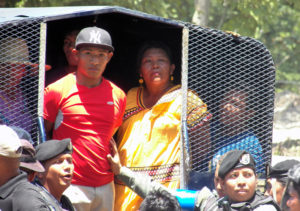 the suspension would be key to the dialogue success. But, at the opposite of a conciliatory attitude, the banks added fuel to the fire. In a letter, leaked in the media, they send clear threats to the Panamanian government fearing that “actions such as the one taken against GENISA [the project manager] may weigh upon future investment decisions and harm the flow of long term investments into Panama”!

Such outrageous attitude of the European lenders was disavowed in May, when a report was published by the Independent Complaints Mechanism (ICM) of the German and Dutch development banks (DEG and FMO), the two European lenders. This report concluded that the banks violated their own policies by failing to adequately assess the risks to indigenous rights and the environment before approving a US$50 million loan to the project manager, GENISA. 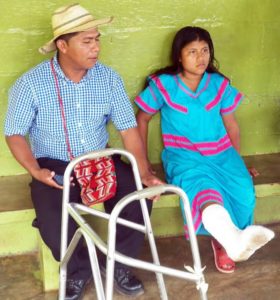 After 3 months of negotiations, the Panamanian state, under pressure, refused the Ngobe’s request, arguing that the “continuation of the project was a matter of national interest”. Since then the situation keeps escalating.

Concluding that the government would not cancel Barro Blanco, Ngobes are peacefully protesting. On July 25, as they were blocking a road, many of them – including women and children – were arrested and injured. Today, the tension keeps increasing.

Rules must be changed

Barro Blanco is yet another sad example of why it is essential that project-affected peoples have the right to seek recourse when CDM project activities cause harm to communities and the environment, at any point during the project cycle. Robust safeguards framing the registration of projects under the CDM and as well as a grievance mechanisms both, at international, national and local level are also indispensable.

In line with this, local associations sent a letter to the CDM Board in July, to inform them about the situation and to ask them to take action. In its response to the letter, the CDM Board recalled that it adopted a procedure that allows a host country’s Designated National Authority (DNA) to withdraw approval/authorization for the project. More importantly, the Board did a follow up with Panama and forwarded the letter, reminding the withdrawing procedure. More than ever, the faith of Barro Blanco is in the hand of the government of Panama.