Home » News & Press » WATCH THIS! NGO Newsletter #12: Next round in the review of the Modalities and Procedures of the CDM – much potential but little development

WATCH THIS! NGO Newsletter #12: Next round in the review of the Modalities and Procedures of the CDM – much potential but little development 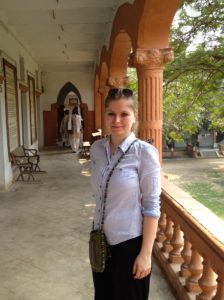 The review of the Modalities and Procedures of the Clean Development Mechanism (CDM) went into the next round at the intersessions in Bonn in June 2015. With Paris just around the corner and market mechanisms further expected to play a role in the implementation of the commitments post 2020, the review provides a major opportunity to improve the CDM and strengthen requirements for future climate finance. However, the negotiations showed that parties continue to turn a blind eye on controversial issues and well-known weaknesses, such as a missing grievance mechanism.

The CDM is one of the flexible mechanisms under the Kyoto Protocol that was designed to promote sustainable development in developing countries and to enable emission reductions in the most cost-effective way. Despite this dual purpose, numerous projects had negative social and environmental implications, even causing human rights impacts. After 10 years of experience with the CDM and evidence that numerous projects do not live up to their sustainable development promises, but on the contrary can have even negative social and environmental impacts, eminent flaws are still waiting to be addressed.

Parties shy away from meaningful reform of the CDM

In four allocated sessions, parties agreed to discuss the role of the Designated National Authorities (DNAs) and Programmes of Activities (PoAs) and debated what elements need to be defined and included in the Modalities and Procedures. Building on the work done in Bonn, negotiations will be continued in Paris. Worryingly is the fact that only these rather “light” issues are put on the table, leaving no space for substantial themes that could strengthen the CDM. Important topics left aside are manifold, but most significant are the establishment of a grievance mechanism and the improvement of the local stakeholder consultation rules. It needs to be underlined that so far, the CDM in contrast to many other mechanisms and funds such as international financial institutions that already have or are in the process of establishing a redress mechanism, does not offer a compliance mechanism for affected communities. That implies that currently, there are no means for civil society and affected local communities to raise concerns once a project is registered- for example when facing displacement, job loss or increased pollution. Such dramatic impacts have for example been documented in the Sasan coal power project in India, the Santa Rita hydro dam in Guatemala and the Barro Blanco hydro dam in Panama, to only name a few.

The need for a strong CDM to carve future climate finance

The role market mechanisms and the CDM will play in the new climate treaty is still unclear. However, this mechanism could be a crucial part for the implementation of the commitments post 2020 under the Paris agreement, either in carbon trading or as a climate finance instrument. The current negotiations provide a key opportunity to ensure that any new mechanism builds on the lessons of existing instruments and incorporates good practices. The establishment of a CDM grievance mechanism is thereby also essential for the operationalization of the 2010 Cancun agreement, that calls for all parties to fully respect human rights in all climate change related actions.

It is crucial that the negotiators do not turn a blind eye on this but improve the CDM and include the long needed grievance mechanism! The review of the Modalities and Procedures is a major gateway to address weaknesses and to bring forward much needed reforms of the CDM and should not fall behind its great potential.

The negotiations on the review will continue at COP 21 in Paris.