WATCH THIS! NGO Newsletter #12: Recycling should be a part of Solid Waste Management NAMA 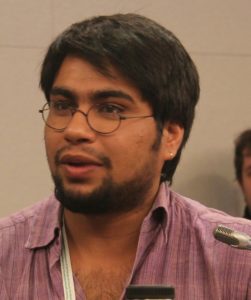 The government of India is determined to deal with issues of waste mismanagement through development of a NAMA in solid waste management. However, proposals on the table focus on harming technologies, such as incineration of waste, and neglect the option of recycling as a more promising way to reduce emissions and contribute to co-benefits.

It is very apparent that India will have its NAMA (Nationally Appropriate Mitigation Action) in Solid Waste Management and Forestry. NAMA in solid waste management makes sense for many developing countries. The green house gas emissions from waste sector (including waste water) are as low as 3 percent.  Considering that most of the cities in developing countries are facing garbage menace, taking an initiative on that front is a win-win for all, for example by providing clean and livable cities plus reducing carbon emissions. Time could not have been this ripe as the newly elected government of Mr. Narendra Modi announced Swachh Bharat Abhiyaan – a Clean India Campaign – after coming to power. The vision is to have open defecation and garbage free India by 2019.

To start the discussion, GIZ (German sustainable development support agency) with the approval of Ministry of Environment, Forest and Climate Change undertook a feasibility study for framing a NAMA in Solid Waste Management Sector. Their outcome was that the emphasis should be given on processing, i.e. composting for organic waste and the rest can be sent to cement factories as fuel (not very clear though in their published summary). Swachh Bharat Abhiyaan recognizes composting as an important pillar and also suggests waste to energy. These two approaches seem alike, but they have one fundamental flaw: recycling is nowhere mentioned. Incineration either for energy or as a fuel for cement factories will result in increased carbon emissions. Pursuing that path is unacceptable. Currently we don’t have any strong empirical evidence suggesting the scale of reduction in emissions through recycling, but the hunch is that recycling is better than incineration.

As a part of feasibility studies, India and many other developing countries should explore 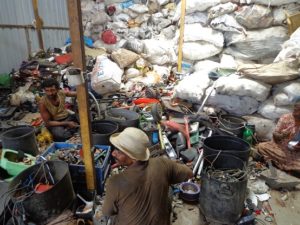 the potential of recycling industry. For one, it contributes to carbon emission reduction, and secondly, to people’s livelihood. According to varying estimates more than 1% of city residents earn their livelihood through waste picking and sending it for recycling. Their role is not duly recognized. Conducting the feasibility study of recycling as an alternative to proposed technologies will help unfold the potential of this sector as well as the co-benefits, through which waste pickers and other informal waste workers will be given a due recognition as ‘green collar workers’ or real environmentalists. Further, it will also complement Prime Minister’s vision for ‘Make in India’. There is no way we can undertake the path of manufacturing and making in India without recycling as its important pillar.

To conclude, there need to be synergies between the national laws (rules) on solid waste management emphasizing recycling, Swachh Bharat Abhiyaan and NAMA. This is to ensure that actions reflect national development objectives and deliver co-benefits. It is not just imperative for India to do that, but also for other countries including Zambia, Colombia, Indonesia, Philippines who are proposing to have Solid Waste Management as a part of their NAMA.

By Kabir Arora,
National Coordinator of Alliance of Indian

Wastepickers and Board Member of Indian Youth Climate Network

“Offsetting must not be a license to continue polluting”