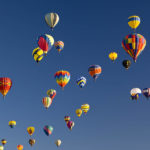 A new study by the Stockholm Environment Institute (SEI) finds that bogus carbon offsets issued under the Kyoto Protocols’ Joint Implementation (JI) offsetting mechanism to date have increased global emissions by 600 million tonnes CO2. The study came timely ahead of the ongoing round of climate talks in Bonn, concluding tomorrow, where countries need to work ensure that the new Paris climate treaty is not undermined, as Kyoto was, by hot air carbon credits.

Joint Implementation (JI) was created under the Kyoto Protocol to enable developed countries to host offset projects. To date, almost 900 million carbon credits were issued under the mechanism.

For every JI credit that is issued, a country has to cancel one of its Kyoto allowances (AAUs) to avoid so-called ‘double counting’ of emissions reductions. To stay within their allocated carbon budget, this should be an incentive for countries to increase domestic climate mitigation when JI credits are sold. However, the new SEI study has found that more than 90% of ERUs were issued by Russia and Ukraine, countries with significant surpluses of emission allowances in the first commitment period of the Kyoto Protocol.

Joint Implementation has suffered from poor oversight and quality for a long time. The findings of the new study are shocking but not surprising because it was always known that the countries with most surplus allowances under Kyoto issued most JI offsets. This is not a coincidence. While countries with stringent targets have had to trade their ERUs relatively carefully, Russia and Ukraine had no incentives to limit issuance because they had millions of spare allowances and would still meet their Kyoto targets. The study finally provides evidence that this surplus combined with the weak JI rules, especially under track 1, has made it possible for Russia and Ukraine to print a huge amount of carbon offset checks.

These findings must raise alarm bells for the Paris climate talks where the same issues will be at stake. One big lesson from the JI is that we need to avoid the build-up of hot air in the Paris treaty by all means. Without strict rules on accounting and participation requirements for markets that assess the stringency levels of the targets to avoid new hot air, we will likely see the same problem happen again.

To ensure that we learn the lessons from the KP experience, the Paris agreement should uphold environmental integrity and define principles for the eligibility of use of markets to achieve a country’s Nationally Determined Commitment. Such principles should include that markets should reach standards that deliver real, supplemental, additional, verifiable, permanent emissions reductions, avoiding double counting of effort, result in a net atmospheric mitigation benefits and that deliver sustainable development co-benefits. The implementing definitions of these principles will need to be defined in the COP decisions.

For international markets to be able to operate in any meaningful way, only countries with INDCs expressed as multi-year carbon budgets over the course of the 2020-2025 commitment period should be allowed to use markets for compliance. Such countries should also only be able to use market mechanisms if they have an ambitious 2025 mitigation target in line with their fair share 1.5/ 2C target, based on historical reference levels. Trading should then be allowed above this level, as weak targets can create even more hot air and certainly don’t create the carbon prices to have any net atmospheric benefit and to drive any kind of transformative change.

As Winston Churchill put it, “Those that fail to learn from history, are doomed to repeat it.” Will we learn from the KP experience?