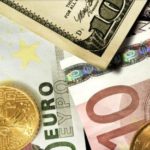 Leveraging climate finance for implementing Nationally Appropriate Mitigation Actions (NAMAs) has been one of the biggest challenges for NAMA developers in the past years. A new financial package up to €85 million by the NAMA Facility invites NAMA support project outlines by 15 July 2015 and beefs up existing NAMA finance to about €150 million.

NAMAs are not a brand new concept in climate talks anymore. In fact, the idea of nationally appropriate mitigation actions by developing country Parties was first conceived in 2007 under the Bali Action Plan. Still, there is limited recording of actual NAMA implementation to date.

According to the Ecofys’ NAMA Database only 7 out of 144 NAMAs have been implemented so far – 4 in Latin America, 2 in Asia and 1 in Africa. The remaining 137 NAMAs are still at development stage and there is limited information about which of the 137 NAMAs are seeking financing, and how much.  The NAMA pipeline by the UNEP DTU lists 83 of 90 NAMAs looking for external support for preparation or implementation, of which only 14 have so far received financial support.

It is fair to say, that NAMA developers have been hitting stumbling blocks in leveraging climate finance for their actions. The UNEP DTU’s NAMA pipeline estimates that until April 2015, $6.9 billion was requested for NAMAs, compared to $73 million (about €65 million) offered. The biggest part of finance until now – more than $64 million – was provided by the NAMA Facility. The remaining almost $9 million came from the Global Environment Facility (GEF), Japan and Austria. In April 2015 the NAMA Facility announced its third call to submit NAMA support project outlines by 15 July 2015.

The NAMA Facility is a joint initiative by the German Federal Ministry for the Environment, Nature Conservation, Building and Nuclear Safety (BMUB) and the UK’s Department of Energy and Climate Change (DECC), designed to support developing and emerging countries in actions to tackle climate change. The NAMA Facility’s third call of up to €85 million this round was made possible due to additional funding from two new donors – the Danish Ministry of Climate, Energy and Building (MCEB) and the European Commission providing €12 and €15 million respectively.

This call almost doubled the overall support for emission reduction activities in developing world so far. Another financial boost is expected once the Green Climate Fund (GCF) will leverage half of the US$9,3 billion that was pledged in November 2014 for mitigation actions. However, the GCF will only become operational once the 50% threshold – meaning $4.7 billion, is reached. So far less than $4 billion were provided, leaving the fund $700 million short.

The new financial package is only a drop in the ocean for the pace of NAMA development needed. Yet, it is a very welcome step and a much needed one to achieve the high mitigation potential of NAMA activities. Hopes are now on governments to come up with $700 million for the GCF to become operational as soon as possible.