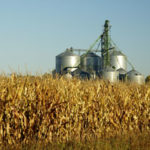 Proposals to include forests and land use activities in existing and new carbon markets will be discussed in Lima. But sequestration of carbon in land cannot compensate for continued fossil fuel emissions – the impact of fossil fuel emissions are permanent, whereas storing carbon in forests and soils is temporary and can be easily reversed by cutting the forests for example.

According to the latest IPCC findings, forests and land use collectively account for 24% of global emissions – 10-12 GtCo2e annually. This is, by far, the largest sources of emissions in certain regions. In 2012 in Brazil, more than 61% of GHG emissions came from forests and farming activities.

Mitigation practices in the land use sectors distinguish between emissions reductions – which are considered permanent, and soil sequestration – which is considered not permanent and highly uncertain. The risk of impermanence of afforestation and reforestation CDM projects has so far been addressed by issuing temporary credits which expire and need to be replaced with permanent credits.

Given that this approach has been highly unattractive to investors, some countries have proposed new approaches to address non-permanence which will be discussed in Lima. At the same time, countries will discuss whether to allow climate-smart-agriculture activities and the crediting of reforestation of depleted forests in the CDM. The latter topic has been on the agenda since Copenhagen but was then rejected because the new definition would open doors for subsidies to unsustainable practices in industrial tree plantations and a potentially vast additional source of non-permanent offset credits.

Including land use activities in the CDM crediting system is subjected to profuse challenges. These include the need to address adaptation to climate change in land use activities, the oversupply and lack of demand for carbon offsets and the complexity of providing a reliable accounting framework for emissions reductions from land use activities.

The potential for emission reductions from land use activities are considerable, but it must be ensured that mitigation does not compromise adaptation, food security or other social and environmental safeguards. However, carbon markets put mitigation in the forefront and are thus not an appropriate means to tackle emissions from land use activities.

Moreover, mitigation in the land use sector should not be used as offsets to displace or reduce mitigation in other sectors. Sequestration of carbon in land cannot compensate for continued fossil fuel emissions – fossil fuel emissions are permanent, whereas carbon sequestration in forests and soils is well documented in scientific research to be temporary. Emission removals and reduced emissions in the land sector should be considered additional and separately to industrial emission reductions.

The climate finance that is needed to reduce emissions from deforestation and land use should therefore be mobilized outside carbon markets and offsetting projects. There are several initiatives which address both climate mitigation and adaptation and where land use activities would better fit. For example, Nationally Appropriate Mitigation Actions (NAMAs) represent a great potential as they allow a focus on developing countries’ own contribution to sustainable development.

National governments in the European Union are botching their planning of carbon removals. This lack of strategic thinking and focus on false