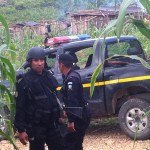 In June, the UN Board of the Clean Development Mechanism (CDM) approved the contentious hydroelectric project Santa Rita despite serious concerns over human rights violations. On 15 August 2014, a repressive security operation against the Q’eqchies communities of Cobán, Chisec and Raxruha by more than 1500 national police officers led to the forceful eviction of some 160 families resulting in three deaths, 50 injured, and a negative mark on the mechanism’s future. Carbon Market Watch is now calling for a formal investigation of the repressive actions and for the CDM’s Board to implement a grievance mechanism for affected communities.

Following the application of the Santa Rita hydroelectric dam to the UN’s carbon offsetting programme, the Consejo de Pueblos de Tezulutlán Manuel Tot, representing the Q’eqchies communities, submitted grave concerns that the local stakeholder consultation was not conducted appropriately. Documented concerns included evidence that a significant number of local stakeholders were not consulted or that the ‘local stakeholder meetings’ described in the project’s design documents had never taken place. Yet, the Santa Rita project was approved in June 2014.

Over the past year community assemblies and protests have been violently quashed by security forces in the region. Outrage against alleged human rights violation soared in 2013 with the murders of two children. Continued violence throughout August put further pressure on the CDM Board’s decision that found the project to be in line with community consultation rules. In their response to the local communities, the CDM Board argued that “…after careful assessment, it was considered to be in compliance with the applicable CDM requirements, including the local stakeholder consultation process.”

When local concerns about Santa Rita and the subsequent violence was brought to the attention of the CDM Board, the risk of ongoing clashes between local communities and the project developers remained significant. Sadly, this failed to have any influence on the Board’s ultimate decision. Numerous studies and cases show that public participation is essential for achieving sustainable development and minimising potential adverse impacts of CDM projects.

In the absence of a redress mechanism for CDM projects, the approval decision by the CDM Board essentially closed the last opportunity local communities had to voice their concerns. The latest violence in the Santa Rita case demonstrates that even obvious shortcomings in the consultation process meet the weak requirements laid-out in the CDM’s local consultation rules. In other words, it appears the rules were designed in such a way that it is impossible to prove non-compliance.

Projects like Santa Rita further harm the CDM’s reputation as a credible development mechanism. As a future climate treaty is currently being negotiated, the continued approval of CDM projects that do not offer minimal social safeguard requirements is unacceptable. Carbon Market Watch is now calling for a formal investigation of the repressive actions in the Santa Rita case and for the CDM’s Board to urgently implement a grievance mechanism for affected communities.