UN Climate talks in Bonn: the pathway to Paris 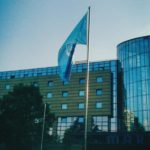 Bonn climate talks in June provided a small step forward in determining elements of a draft treaty, aimed at being delivered in Lima COP 20 by the end of the year and a new international climate agreement to be agreed in Paris in 2015. The pace of negotiations and reforms falls short of addressing the rate of global warming and identified shortcomings bringing discussions on many items, including reforms of carbon markets to a halt with eyes on the upcoming climate negotiations in Peru.

The second round of United Nations climate talks this year took place in Bonn, Germany, from 4-15 June 2014. The outlook was to make progress towards a post-2020 agreement finalized next year, as well as to step up international climate action before 2020. The conference included the 40th sessions of the Subsidiary Body for Implementation (SBI 40), the Subsidiary Body for Scientific and Technological Advice (SBSTA 40) and the fifth meeting of the second session of the Ad Hoc Working Group on the Durban Platform for Enhanced Action (ADP 2-5). The two weeks were marked with slow progress towards the new climate deal, along with a notable breakthrough of 60 nations agreeing to phase out dirty fossil fuels and replace them with 100% renewable energy sources by the middle of this century.

The outcomes of discussions in Bonn brought little progress with regards carbon markets. Parties addressed the shortcomings of the Kyoto Protocol Mechanisms in respective reform discussions of the Clean Development Mechanism (CDM) and its little brother Joint Implementation (JI). Numerous scientific reports show that the United Nation’s main carbon mechanism in its current form fails to ensure that projects result in genuine emission reductions and contribute to sustainable development, including full respect for the rights of local communities. Apart from plunging credibility, CDM is more and more characterized by declining investments, lack of demand and dropping prices. This firstly, calls for critical changes to ensure that future projects drive real emissions cuts and ensure social integrity, and secondly, leaves no justification to create new markets in the absence of ambitious climate targets.  Parties in Bonn initiated negotiations whether to move beyond offsets in CDM and consider net emission reduction, but progress was blocked by some Parties. CDM reform discussions will continue at the upcoming climate change conference in Peru and are likely to carry over until a climate treaty will be agreed upon in Paris in 2015.

Though many industrialized nations, including US, Japan and the European Union pushed for designing new market-based mechanisms, developing countries raised their concerns over going down the same road as with the CDM and its dominant investments in emerging economies. The concept of offsetting is especially facing increasing doubt in a new climate framework under a future climate treaty where all countries are expected to make appropriate national contributions, including developing countries, and are expecting a fair contribution of climate finance from industrialised nations to do so. Offset play a limited role in such a world because all countries are in need for their own mitigation actions and there is no system in place yet to avoid that the same emission reductions are counted in the buyer and in the seller country.

Finally, discussions on how to fit the growing range of national and regional carbon markets in to a single framework were also not fruitful. Some Parties expect the so called “Framework for Various Approaches (FVA)” to provide common rules and standards for different mitigation approaches. However, there is strong resistance by some developing countries that want industrialised Parties to adopt deeper emission reduction targets at home first. Countries also recognised the importance of non-market based approaches, particularly in correlation to REDD+, but were unable to reach consensus on this issue. Particular attention was also given to the role of land use, land-use change and forestry (LULUCF) in carbon markets. Although SBSTA40 noted and prioritised few possible additional LULUCF activities, which could earn credits under the CDM, no decisions were taken.

With broad postponement on many issues there is growing confidence that COP21 in Paris will be a turning point in climate negotiations. However much still needs to be done in the coming months and negotiators prepare for further talks at a climate summit in September called by UN Secretary General Ban Ki-moon in New York and then after in Bonn and Lima. This year’s negotiations will reveal what kind of climate change regime we are heading for after 2020.

For a more detailed report of the 2014 Bonn Climate Change conference, see here.