The Joint Implementation offsetting mechanism is deeply flawed – time to consign it to history? 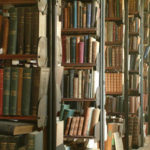 At the recent round of climate negotiations in Bonn in June, countries showed little interest in fixing the flaws of Joint Implementation (JI), the UN’s second largest offsetting scheme. The proposed new rules do little to tackle the severe quality problems that have dogged the scheme and led to very few genuine emission reductions. With the continued unwillingness of Parties to reform the system we see little reason why the JI should continue after the UN’s Kyoto Protocol ends in 2020.

Joint Implementation (JI) was created under the Kyoto Protocol to enable developed countries to host offset projects.  JI was designed to coexist with the Clean Development Mechanism (CDM) which enables offsetting between developed and developing countries.

Track 1, representing 97% of all JI credits issued to date, has suffered from a lack of transparency, international oversight and quality concerns for years. Parties have agreed to create a single track for JI but the proposed rules and governance structures for this unified version largely resemble the flawed track 1 process and lacks the stringency needed to ensure quality. Furthermore the proposed rules would allow existing projects to continue receiving credits under the old rules, without requiring re-registration.

For every JI offset that is issued, a country has to cancel one of its Kyoto allowances (AAUs) to avoid so-called ‘double counting’ of emissions reductions. This has been used as a reason to argue that for JI projects, concerns about additionality – the requirement that projects represent genuine emissions cuts that wouldn’t have happened anyway – are not relevant. This however is not true. Over 90% of the credits have been issued by Russia and Ukraine, both countries with a very large AAU surplus (so called “hot air”).

Effectively, these countries have an incentive to inflate the stated emissions cuts because they have so many spare AAUs that they will meet their own targets anyway, even if they issue a very large number of JI credits.

The issue of the huge AAU surplus was supposedly eliminated at the climate change negotiations in Doha in 2012. But unfortunately that isn’t what happened. Although progress was made the surplus was not removed and the details of the new rules have not yet been approved.  Parties with large surpluses have continued to block progress on this issue since Doha.

Joint Implementation has suffered from poor oversight and quality for a long time, and those with a vested interest in its weaknesses continue to hamper reform efforts. It’s a sad tale, and one that should now be consigned to history.

As long as Parties do not manage to address the core problems outlined in our recommendations which if unaddressed will severely undermine the future climate agreement, there is little reason to continue the JI beyond 2020.