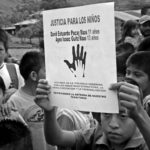 The Santa Rita hydroelectric plant is under development on the Icbolay River, in the Alta Verapaz region in Guatemala and will generate about 350,000 carbon offsets credits over its initial 7 year project lifetime, which is renewable[1].  This project escaped rejection by the Board at their last meeting based on documentation taken from the local stakeholder consultation and presented by the project developer. This evidence did not explain how according to local reports approximately 55% of all affected people did not give their prior consent for the project’s go ahead[2]. Under current CDM rules project developers are obliged to carry out a fully inclusive and transparent consultation in every new project design. However the stringency of how these rules are implemented and validated has come under question.

The CDM Executive Board ruled in the project developer’s favour despite bloody protests against the project’s continuation. Locals have reported they were never consulted and that their sustainability concerns have been ignored.  Yet, based on information provided by the Guatemalan government, the CDM Executive Board concluded that the local stakeholder consultation had in-fact been carried out correctly.  Moreover, under the current CDM rules no formal appeals procedure exists which leaves no remedy to local communities that are experiencing negative impacts resulting from the project activity.

Santa Rita has an unfortunately brutal reality. Sadly, it is not the only CDM project where concerns about human rights violations exist. Another example is the Hydropower project Barro Blanco in Panama, which the CDM Board registered in June 2011 with similar concerns. Cases like these continue to water down the overall legitimacy of mechanisms designed to contribute to sustainable development. With so much public distrust in these projects and no identified credit buyer to date, who will want to buy these credits given the already huge glut in the system?

Despite the desperate need for fundamental reform, negotiators continued to make slow progress on changes to the CDM at the recent Bonn climate talks. Eyes are now set to Peru for the next round of climate negotiations.