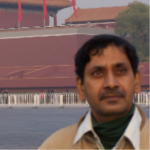 The Sasan coal power plant in Singrauli, India is approved under the Clean Development Mechanisms because of its ‘more efficient super critical boiler based coal power technology’ that is supposed to improve livelihoods of local communities. A visit to the local communities shows that Sasan is anything but promising to thousands of people now struggling with eviction, intimidation, violence and mistreatment from authorities.

The Sasan project is one of the ‘shining examples’ of how well the UNFCCC Clean Development Mechanism (CDM) is working to bring ‘clean and sustainable development’ to thousands of poor, malnourished, almost forgotten people, including the poorest ‘adivaasis’ (indigenous people) in India’s Coal capital – Singrauli, in the state of Madhya-Pradesh. Reliance Power won the bid to set up Sasan’s Ultra Mega Power Plant (UMPP) as part of the Indian governments UMPP scheme. The UMPP scheme aims at building 4000 MW coal power plants using ‘efficient’ super-critical boiler technology.

Reliance’s Sasan project has been approved under the United Nations Clean Development Mechanism (CDM) scheme because it claims that it’s employing more efficient super critical coal technology with the help of additional finance coming from the CDM. Moreover, Reliance claims that as a CDM project, Sasan has respected the stakeholder consultations rules and is facilitating sustainable development in India. This represents a serious misuse of the CDM which is meant to stimulate investments in clean energy for sustainable development.

The official agreement between Reliance and Madhya Pradesh government – signed July 11, 2007 – mandates Reliance to follow state Rehabilitation Policy of 2002, providing one job to each family whose land is acquired, resettle them with proper land and a built house, provide all facilities to the displaced in their new places, along with schools, health facilities and so on.

In March 2014, I visited the area of Singrauli. House after house, family after family from the displaced villages of Harharwa, Tiyara, Siddhi Khurd and others that we visited, had very different stories to tell. Stories of forceful evictions, little consultations, intimidation by police and administration to accept paltry compensation for their lost land and houses, or else… With sufficient flow of ‘incentives’ to government officials, any protesting or even dissenting voice was quickly crushed by strong police actions. The ‘contractual obligations’ of providing jobs to those losing land was never fulfilled. Families, who used to live in houses with four to five rooms, were displaced into tiny two room houses, unfit to accommodate their big numbers. The construction of ash-pond in Harharwa village was started even before people could evacuate their belongings and domestic animals. Not everyone had the fighting spirit of Dhurandhar Singh of Harharwa, a Gond tribal whose house, cultivated agricultural land, and goats, were all endangered by the fast filling massive ash-pond.   He spent months writing complaints to top district officers, district police head, police station in charge, and even the Chief Minister. A 30-strong police contingent was sent to intimidate him and his neighbours and pressure them to vacate or else….   Without fighting, the gentle and poorer “Baiga” tribals just chose to die out.

Sati Prasad’s land in Sidhi Khurd was also taken and no compensation was provided to him for “khata lands” (officially government owned lands but cultivated by them for decades). He got a daily-wage job with a sub-contractor of Reliance, but started protesting against low wages, long work hours without overtime payment and brought together other sufferers. The day he was to address a gate meeting, the police picked him up, brutally beat him unconscious and laid him with false charges. Both he and his father lost their jobs and savings in fighting those charges. The police involvement displays the synergy between the company and the government.

A ‘Shining Clean’ example indeed – in the smoke covered dark nights, the beaten down, tortured, desperate ‘Reliance Refugees’ can see the sodium lamps of the plant shining brightly.