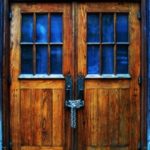 The latest data released by the European Commission reveals the origin of international offsets used in 2013 by companies in the EU Emissions Trading Scheme (EU ETS), but falls short on information at the installation level. Unlike previous years, the Commission only released aggregate information, effectively hiding information linking the buyers to the 133 million offsets that entered the EU ETS in 2013. This lack of transparency will make it easier for companies to purchase offsets that offer no climate benefits, such as those sold for coal-fired power stations in China. The move also leaves civil society groups with no way of knowing who is supporting dubious projects.

Although the EU has adopted restrictions that only allow carbon credits from projects in Least Developed Countries starting in 2013, this restriction keeps the doors open for millions of carbon credits from countries like China or India if these projects were registered before 2013. The latest data shows that business-as-usual projects from China, Russia and India constitute the majority of international credits used, further undermining EU’s climate legislation.

Below is a short overview of offset data released so far, including the new data just published:

How many offsets have been used in the EU ETS so far?

The data released today shows that in the year 2013, an additional 133 million offsets have entered the EU ETS. Only 0.04% of these offsets are from poor countries while almost 90% of the offsets came from just three countries: China, Ukraine and Russia.

How many offsets can still be used in the EU ETS up to 2020?

According to the European Commission, around 400 million offsets can still be used from now to 2020.

Are offsets allowed after 2020?

Under current rules, offsets cannot be used for compliance in the EU ETS after 2020.