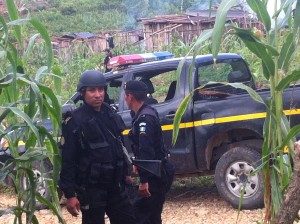 Call for an immediate inquiry regarding the repressive operation by the national civilian police on 15 August 2014 against the peaceful protest of Q’eqchi´s communities leading to the displacement of hundreds of families and the death of 3 persons.

In their 79th meeting in June 2014, the CDM Board registered the Santa Rita Hydroelectric Plant (Project ref. 9713) despite grave concerns about human rights violations against the indigenous Q’eqchies communities, directly affected by the CDM project.

According to reports from civil society groups in Guatemala as well as local media reports, Guatemala’s Ministry of Interior initiated a repressive operation against the Q’eqchies communities of Cobán, Chisec and Raxruha on 15 August 2014. The indigenous communities were peacefully defending their way of life and territory against the construction of the hydroelectric dam Santa Rita.

In order to dismantle the blockage of the 160 families that will be directly affected by the hydro dam, more than 1500 police officers were mobilized in the area of Cobán resulting in three deaths, 50 injuries and 30 arrests. The police force fired tear gas at children, women and elders causing intoxications and panic among the Monte Olivo population. According to local reports, hundreds of local people left their homes and their lands to seek refuge in the mountains, especially people from Monte Olivo and Semococh communities.

The Santa Rita Hydroelectric Plant is one of three projects that are under development at the Icbolay River and in the municipality of Cobán, in the Alta Verapaz region in Guatemala. Since 2010, numerous communities that will be impacted by the project have expressed their opposition to the development of the hydro power plant in their territory. According to the communities, many of the affected people were never consulted in accordance with the obligatory consultation rules enshrined in the Guatemalan Agreement on Identity and Rights of Indigenous Peoples and the rules of the CDM registration process. Local communities reported that the national police attempted to illegally retain one of the spiritual leader and communitarian rights defender in 2013. The situation escalated when two children of the community were allegedly shot and killed by assailants searching for a leading activist who was meeting the rapporteur of the Inter-American Commission on Human Rights at the time. In addition, there are several reports about violent attacks against community leaders, Q’eqchi´ farmers injured by firearms, and the burning of houses in the community.

On 7 April, 2014, a community meeting was initiated in relation to the hydropower project when fire was allegedly opened on the community, hurting 5 members badly and resulting in the death of one young man who died on 20 April 2014 from his injuries.

This case has an unfortunately brutal reality however sadly it is not the only CDM project where concerns about human rights violations exist. This terrible reality comes at the same time as the review of the CDM’s underlying rules and procedures is currently being discussed. As more than 7000 CDM projects are registered, these cases show that public participation rules must be strengthened and enforced.

Official correspondence between the parties:

More information about this project from local sources:

– Article in SciDevNet about the side event on Human Rights protection organised at COP20 in Lima, 12 December 2014

– Article in Upside Down World about the status quo in Alta Verapaz, Guatemala at the end of last year, 15 September 2014

– Article in El Periodico about Ministry of Interior reaction and consequences of the police operation, 18 August 2014

– Article in Papel Revolucion about the death of two Q’eqchi’s children, 25 August 2013 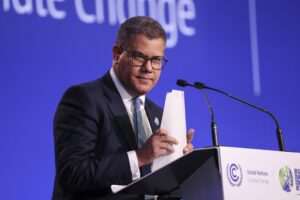