Introduction This briefing gives an overview of the current discussions under Article 6 of the Paris Agreement which establishes the foundation for market-based climate measures after 2020. It lays out key lessons from the Kyoto Protocol markets, highlights essential issues within the Article 6 negotiations, and provides recommendations on how to solve them. It concludes… 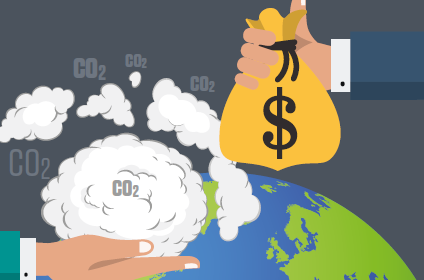 EU governments breach citizens’ right to information on international aviation climate policy Dear friends, As I write this at the UN Climate Change Conference, Bonn, along with the rest of Western Europe, is sweltering in the scorching heat, an uncomfortable foretaste of what an ever-warming climate has in store for us. I can only hope that…

BRUSSELS 3 November 2017. The next round of UN climate talks takes place in Bonn from 6 to 17 November, under the Fijian Presidency, on how to implement the Paris climate deal. One open question is the role carbon markets will play in meeting global climate targets. Carbon Market Watch will be in Bonn to follow…

Climate action is multiplying outside of the UN climate talks (UNFCCC), from the Kigali Agreement on the highly potent greenhouse gas HFCs to International Civil Aviation Organization (ICAO) agreeing to offset emissions from international aviation. Nevertheless, they all have connections to the UNFCCC where the bulk of the world’s effort against climate change is managed….

Recommendations for APA Items 3, 5 and 6 as they relate to the market-based measure established by ICAO

Carbon Market Watch welcomes the opportunity to provide input to the APA discussions[1] as they relate to the market mechanism agreed in October 2016 at the International Civil Aviation Organization (ICAO) 39th Assembly and adjustments needed to accurately harmonize the climate measure with ongoing work in the UNFCCC.

After 3 years of work, ICAO is due to agree a global climate deal for international aviation at its triennial assembly Sept 27 – Oct 7th. The outcome will be closely watched to see if the sector can take action to limit is considerable and growing climate impact.

Watch This! NGO Newsletter #14: 2016, a key year to pressure aviation to do their fair share!

Following the Paris Agreement, 2016 will be another crucial year for climate as countries are set to adopt the first ever agreement on limiting the emissions of the aviation sector. So far however, the proposal is far from being ambitious. It is up to the civil society to raise awareness on this issue and hold…

Not everything flies in the COP21 climate treaty: Implications of Paris Treaty on international aviation emissions

Despite spirited support by numerous countries including the EU, Switzerland, Mexico and South Korea, as well as industry, the new Paris climate Agreement does not give a new mandate for deeper reductions to the international aviation and shipping. This keeps the International Civil Aviation Organisation (ICAO) and International Maritime Organisation (IMO) in charge to address emission reductions in both sectors in 2016.

ICAO is developing a Global Market Based Mechanism to achieve the goal of carbon neutral growth in the industry post-2020. Work is currently in progress to define which credits should be eligible to be used as offsets in this market.

As part of the climate week in New York, the UN launched the “Go Climate Neutral Now” initiative- a new online platform to purchase carbon offsets generated by its Clean Development Mechanism (CDM). The initiative attempts to boost demand for CDM credits on the voluntary carbon market and for the aviation sector but fails to dodge the sale of bogus carbon offsets.