Carbon Countdown podcast
By Kaisa Amaral on 25 May 2020

Summary: This briefing counters industry attempts to use the coronavirus pandemic as a pretext to weaken international, European and national climate and carbon pricing laws. It debunks myths and provides policy recommendations to decision-makers. The examples include large polluters pushing for delays in implementing the EU Green Deal and national climate policies and airlines aiming… 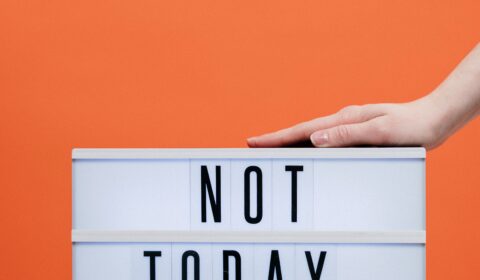 The European Parliament’s environment committee has nominated Julie Girling from conservative group ECR to lead talks on aviation’s role in the EU’s Emissions Trading System. Discussing the European Commission’s most recent proposal to continue the exclusion of international flights from the EU ETS, Ms Girling urged colleagues not to let Europe slip back on gains already made to curb the sector’s growing climate impact.

Planes and ships too must act on climate say EU lawmakers

Last week, the European Parliament adopted its position on the revision of the EU Emissions Trading System (EU ETS). While overall the position falls short of a true reform, the EU lawmakers did decide to include shipping in the EU ETS in the absence of climate action at the global level, and strengthened the rules for the aviation sector.

The undersigned organisations represent civil society working to limit aviation’s large and rapidly growing climate impact. We believe that the airline industry’s efforts to address its emissions fall well short of what is needed. Further, years of fuel and other tax exemptions and opt-outs from effective climate policies continue to undermine efforts to limit global warming.

Climate action is multiplying outside of the UN climate talks (UNFCCC), from the Kigali Agreement on the highly potent greenhouse gas HFCs to International Civil Aviation Organization (ICAO) agreeing to offset emissions from international aviation. Nevertheless, they all have connections to the UNFCCC where the bulk of the world’s effort against climate change is managed….

Recommendations for APA Items 3, 5 and 6 as they relate to the market-based measure established by ICAO

Carbon Market Watch welcomes the opportunity to provide input to the APA discussions[1] as they relate to the market mechanism agreed in October 2016 at the International Civil Aviation Organization (ICAO) 39th Assembly and adjustments needed to accurately harmonize the climate measure with ongoing work in the UNFCCC.

The CORSIA: ICAO’s market based measure and implications for Europe

Executive Summary On October 6th, Member States of the International Civil Aviation Organisation (ICAO) agreed on an offsetting scheme to compensate for emissions growth from 2020 levels. The new scheme, called the Carbon Offset and Reduction Scheme for International Aviation (CORSIA), falls short of achieving the goal of carbon neutral growth in 2020 (CNG2020), let…