WEBINAR Date & time: Tuesday 1 December – 10.30-12.15 CET Registration Background:  The world is facing both a health and a climate crisis. The aviation sector is particularly affected by the pandemic due to travel restrictions and drop in demand. The sector, a major source of greenhouse gas pollution, has been largely shielded from climate-related…

Airlines have been hit hard by the pandemic induced economic slowdown and travel restrictions, but are also using the situation as an excuse to lobby even harder against climate regulations. As the EU works on its aviation climate package, it must ensure that – like other transport modes – the sector pays for its pollution…

Carbon Market Watch (CMW) welcomes the opportunity to provide feedback to this European Commission Inception Impact Assessment (IIA), and urges the Commission, Parliament, and Council to adopt measures which strengthen the EU’s climate action in the aviation sector, as it currently falls short of the required level of ambition to meet the Paris Agreement’s objective… 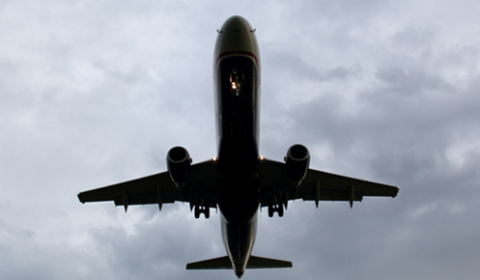 Watch This! - Civil Society Newsletter
By Andrew Coiley on 30 Jun 2020

What’s next for the aviation sector?

Interview with (Andrew Murphy – Manager, Aviation at NGO Transport & Environment) For decades the aviation industry has enjoyed favourable conditions to expand its operations throughout Europe with little consideration of their climate impact. At the start of 2020, few could have predicted that the sector’s carbon emissions would drop as sharply as they have…

Updated at 14:20 on 22 April to change TUI Germany to TUI Group Greenpeace, Transport & Environment, and Carbon Market Watch launch airline bailout tracker Brussels, 22 April 2020 – European airlines – some of the European Union’s biggest polluters – have sought an unprecedented €12.8 billion in government bailouts since the beginning of the…

Dear Commissioners Bulc and Arias Cañete, Aviation entrepreneurs, assisted by NASA, are in the process of developing a new generation of supersonic business jets for launch early in the next decade. This will require the establishment of new environmental certification requirements, including those covering noise and CO2 emissions, as past regulations have lapsed and the…

BRUSSELS 13 September 2017. Today, the European Parliament adopted its position on aviation’s role under the EU Emissions Trading System (EU ETS). Lawmakers agreed to continue the exclusion of international flights from the EU ETS until 2021 but took steps to ensure that the sector will have to reduce and pay more for its soaring emissions. Decision…

In February 2017, the European Commission presented a legislative proposal regarding coverage of aviation emissions by the EU’s Emissions Trading System (EU ETS). In response to the offsetting agreement reached in the International Civil Aviation Organisation (ICAO) in October of 2016, the Commission proposes to cover only intra-European flights with the EU ETS and to exclude flights entering and leaving Europe.