Subject: Request to support the indigenous peoples threatened with imminent and serious harm by the Santa Rita Hydroelectric Dam in Guatemala
Dear Special Rapporteur Tauli-Corpuz, the undersigned organizations respectfully write to you to bring your attention to the Santa Rita hydroelectric dam in Guatemala. The dam was registered as a project under the Clean Development Mechanism (CDM) – established under the UN’s Kyoto Protocol – in June 20141. Numerous violations against the indigenous Q’eqchi´ and Poqomchí communities have been reported prior to and since project approval, most recently in violent incidents from 14 to 16 August 2014 resulting in several injuries and deaths.

The Movement 10 of April M10 makes public its rejection to the last activities taking place as the de facto entrance of machinery and excavators to the riverbed of our Tabasará River which we defend against these non consulted projects with the community, specifically the Hydroelectric Project Barro Blanco whose promoter is Generadores del Istmo S.A. GENISA.

Commentaries on the validation of the Hydroelectric Project Barro Blanco, Panama

The Alliance for Conservation and Development (ACD) ratifies its position expressed in the commentaries that we sent last year in relation to the validation of the Barro Blanco project on the part of AENOR, and as much laments that the promoter of the project as the Government of Panama would seem to be abusing the validation system of the CDM when retiring and to return to present a project that already had been put previously under a validation process. This practice seems irregular and would seem to us to indicate an excessive interest of the promoter to capitalize over what should be instead an international mechanism for the reduction of greenhouse gas emmissions. Also, we lamented the interest of the European Investment Bank (EIB) to finance a project that seemed not to satisfy the additionality requirement and that in addition, has been implied in the violation of human rights of the Ngöbe population and peasants of the Republic of Panama.

Reasons against the Barro Blanco project and its financing by CERs

November 7, 2008
We consider that the Barro Blanco Hydrolectric Project should not be validated as a Clean Development Mechanism (CDM) project; because this hydroelectric project completely fails to fulfill the condition of additionality required by the CDM; the Panamanian Designated National Authority (DNA), the National Environmental Authority (ANAM), is marred with conflicts of interests; and the Government of Panama has systematically violated the human rights of the Ngobe indigenous peoples and peasant communities that will be directly affected and that have opposed to the construction of this project since 1999.

Letter to UNFCCC Delegates: Recommendations on CDM and JI currently under discussion at SBI

Dear delegate,  As the climate negotiations in Bonn are under way, I am pleased to share our recommendations for the review of the modalities and procedures for the clean development mechanism and the position of the Climate Action Network on the revision of the joint implementation guidelines, which are currently being discussed under SBI. Please feel free to contact…

Warsaw, 21st November 2013 Open letter calling for rules to protect the integrity of climate policy-making from vested corporate interests Dear UN Secretary-General Ban Ki-moon and UNFCCC Executive Secretary Christiana Figueres, We are writing to you as a group of civil society organisations, groups and social movements deeply concerned with the fate of the climate…. 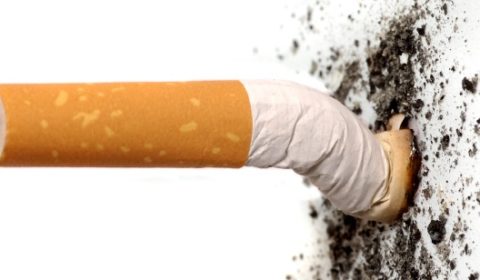 Open letter to Ministers and delegates of UNFCCC Parties, November 2013

A. Breach of Project Standard: CDM-EB65-A05-STA 1. Breach of General Principal of Transparency (5.6): The project has not ‘disclosed sufficient and enough information in a truthful manner’

Project 7822: Bonyic hydroelectric project’s request for registration should be rejected

We welcome the decision by the Executive Board to review the request for registration of Project 7882: Bonyic Hydroelectric Project and respectfully request its rejection.