Carbon Market Watch fully supports efforts to price GHG emissions, within and outside the EU.  The EU ETS has been successful for certain sectors, but has failed to incentivise large scale decarbonisation of European industry, in part because of its excessive measures to guard against the hypothetical risk of carbon leakage. Industrial companies have gained…

Pricing greenhouse gas emissions is one of the most important tools to decarbonise economies, and it has been implemented in the EU since 2005 through the EU Emissions Trading System (ETS). As part of this policy, the heavy industry benefits from large exemptions and receives nearly all of its allowances (i.e. pollution permits) for free…. 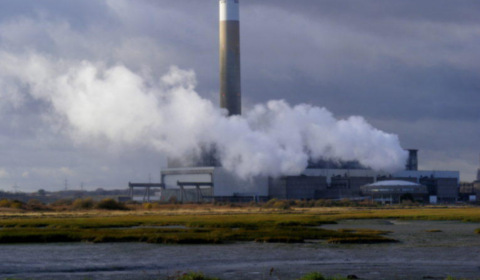 From 30 November to 12 December 2015, Parties to the UNFCCC met in Paris to negotiate a new global climate treaty.

The Paris Agreement was a remarkable outcome, especially after the failures of Copenhagen. Almost all involved, including Carbon Market Watch, seemed surprised at how positive the outcome was. However, expectations had been carefully managed in the preceding years, so that aspirations of environmentalists to have a treaty that reflected the scientific reality by dividing up the remaining global carbon budget, had been downplayed into unreality.

Agriculture supports the livelihoods of around a half of the world’s population, but is at the same time a notable source of greenhouse gas emissions (GHGs) driving climate change. As of one the options to tackle emissions in the sector, governments have been discussing to include additional agricultural activities into the Clean Development Mechanism (CDM) under the United Nations Climate Change Convention (UNFCCC) since 2011. Whether agricultural activities should be eligible for carbon offsetting programmes is not only topical within discussions in the UNFCCC but also within certain regional cap-and-trade schemes and discussions to establish a market based mechanism for international aviation emissions, expected to be adopted in October 2016 under the auspices of the International Civil Aviation Organization (ICAO).

Policy Brief: Fossil and biological carbon: a tonne is not a tonne

1. In your view, which of the multiple objectives of agriculture, forestry and other land use will gain most in relative importance by 2030?

It will be critical to ensure the long-term stability of carbon pools for carbon storage, biodiversity protection and ecosystem preservation in the future. Currently the emissions from land use represent a quarter of all human emissions and it is hence vital that the land use sector also contributes to tackling climate change.
The use of biomass is limited due to finite land availability and therefore the use of biomass should follow the cascading hierarchy and only as a last resort be used for lower-quality applications where other viable alternatives exist, which is the case with power generation.
Finally, it should be recognised that food security and sustainable farming should go hand in hand. Actions that support this include no-till farming, silvopastoral practises and demand-side measures to limit excess consumption.

Views on the discussions on additional land use, land-use change and forestry activities (LULUCF) and specific alternative approaches to addressing the risk of non-permanence

Carbon Market Watch welcomes the opportunity to provide input on discussions on specific possible additional land use, land-use change and forestry activities and specific alternative approaches to addressing the risk of non-permanence under the Clean Development Mechanism (CDM).

During the night of 23 October 2014, EU leaders brokered a deal on the 2030 climate and energy headline targets. EU’s Heads of States settled on an EU-binding renewable energy target of at least 27%, an indicative energy efficiency target of at least 27% and an at least 40% binding domestic greenhouse gas reduction target… 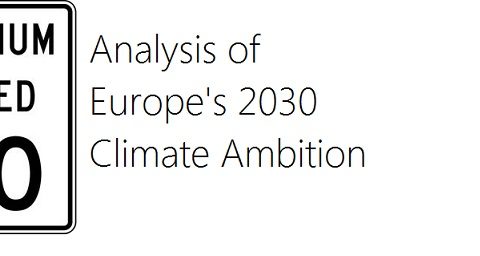 Carbon Market Watch Analysis COP-18: We won a game of poker on the Titanic!

Much to our regret, countries who met at COP18 in Doha did little to address the billion tonne gap we need to close in order to keep us safe from catastrophic climate effects: No new mitigation pledges were made and most loopholes remain. Yet, some positive decisions were taken: Parties did agree that no new hot air should be created in the next Kyoto commitment period and that only a limited amount of the 13 billion tonnes of Hot Air from the first commitment period can be used.