Home » About » Board » Jürgen Maier 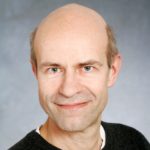 Jürgen has been director of the German NGO Forum Environment & Development since 1996, a network of German NGOs established after the Rio Conference on Environment & Development in 1992 to monitor the follow-up process. The Forum nurtured Carbon Market Watch (formerly CDM Watch) as legal host from 2009 to 2012. He is also member of the coordination committees of the Trade Justice Network Germany and the campaign “My Agriculture”. Before joining the Forum, he was director of the German Asia Foundation (1993-96) and executive committee member of the German Green Party (1987-91).
Email: chef(at)forumue.de